IAGA is organised into six Divisions and four Interdivisional Commissions each led by a Chair and Co-Chair. Each Division/Commission may form Working Groups in specialist topic areas and elect officers to run the business of the Working Groups: 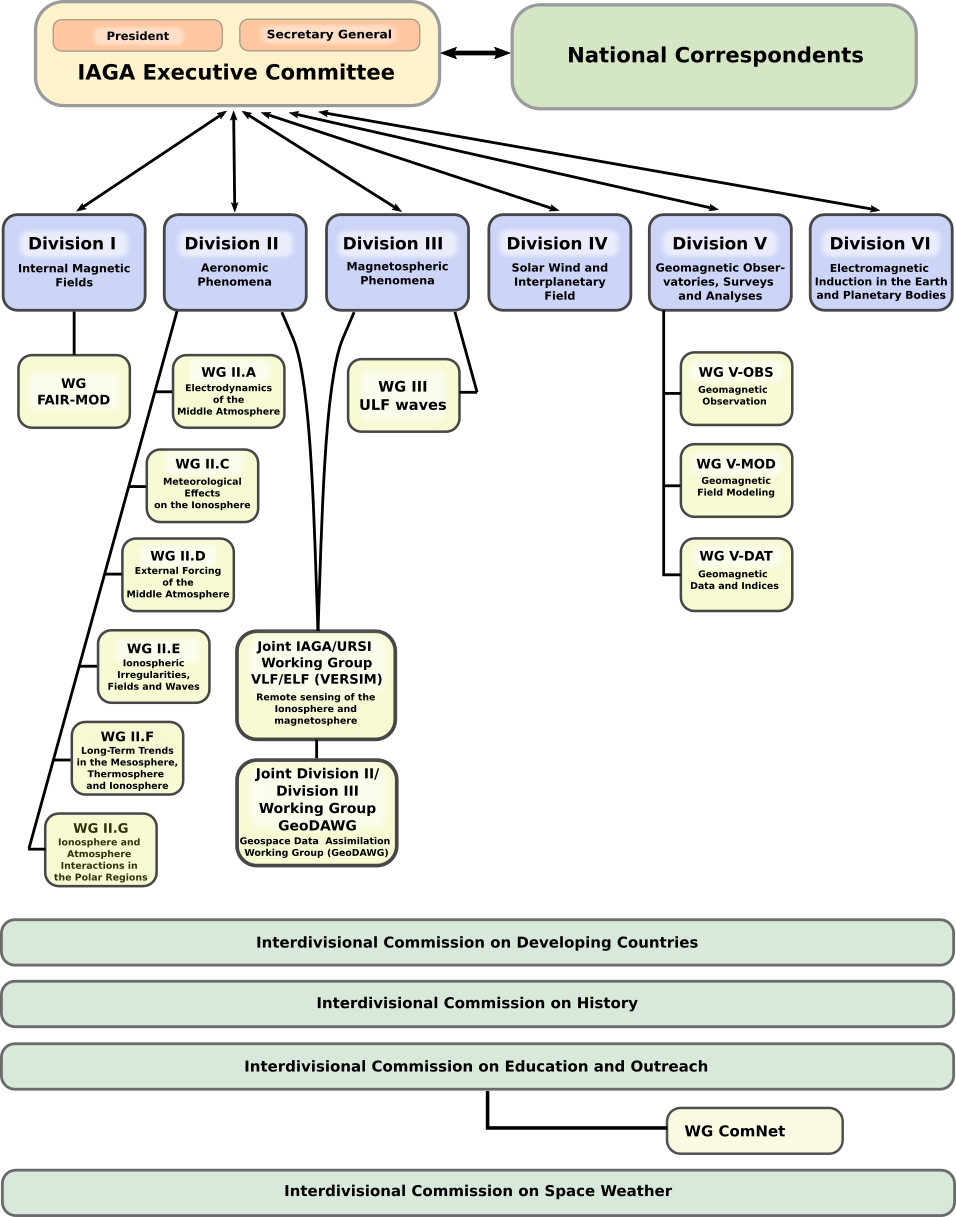 This diagram illustrates that the four Interdivisional Commissions coordinate activities across the Divisions for their common interests in history, education and outreach, Space Weather and science in developing countries.

A second diagram is provided to indicate how IAGA operates.

IAGA has siged a Memorandum of Understanding with IAPS

The International Association of Physics Students (IAPS), as its Charter states, is an international, student-run educational association, which aims to encourage physics students in their academic and professional growth by developing an ever-growing worldwide community within which peaceful relations are established in a collaborative, diverse and friendly social environment.

Guide for IAGA Officers (pdf, 74kb) (It is stressed that this document is a guide, not a rulebook. It is intended to help IAGA officers know what is expected of them.)

Past IAGA Presidents and General Secretaries

Candidates for election to the Executive Committee are selected by a Nominating Committee, appointed in accordance with By-Law 11.

The English version of the IAGA Statutes and By-Laws, and an explanation of the terms used in them, can be viewed via the following links:

This statutes and by-laws replaced the previous version of

The current Statutes, By-Laws and Glossary can be downloaded here (pdf, 95KB).

Division VI: Electromagnetic Induction in the Earth and Planetary Bodies

Interdivisional Commission on Education and Outreach